Hutchison Ports Tanzania, located at Dar es Salaam, is the country’s largest container terminal. The Port of Dar es Salaam handles more than 85% of Tanzania’s trade and is a vital gateway not just to Tanzania, but also to eastern, central and Southern Africa. The port is strengthening its role as the country’s maritime gateway, investing in modern equipment and IT systems while constantly improving its productivity levels, efficiency, and customer service.

Hutchison Ports commitment to the further development of the terminal has saw the delivery of 6 sate of the art quay cranes, enabling TICTS to reliably and efficiently service all vessels calling at the port now and into the future. These newer, large and more effect quay cranes have rendered the oldest quay cranes surplus to operational requirements.

O’Brien Specialist Crane Services were engaged by the Hutchison Ports, as their trusted crane disposal partner, and were tasked to develop a proposal for the disposal of three redundant STS quay cranes.

From the very outset of the project, it was apparent there were a number of significant challenges to overcome, however by far the biggest headache facing the O’Brien SCS engineering team was the extremely low ground bearing capacity of the suspended quay deck structure. Due to the age of the suspended quay deck, many of the supporting concrete piles had suffered significant corrosion. As a result there was understandable concern by TICTS surrounding the structural integrity of the quay deck.

Mott MacDonald were brought onboard to carry out independent structural analysis of the quay deck. Together the O’Brien SCS and Mott MacDonald teams worked to identify the most suitable disposal method for the three STS cranes. After an in-depth and robust feasibility study was carried out on all possible options, it was concluded that a piecemeal dismantling method was the most suitable option.

As part of the feasibility study, Mott MacDonald identified the specific concrete piles of the quay deck which had the suitable strength to support the imposed outrigger loads of a heavy lift crane. From this the O’Brien SCS team were to ensure that all outrigger loads were to bear on these specific piles only. Crane selection was of paramount importance as outrigger configuration would play an important role in achieving this goal. The O’Brien SCS team carried out countless simulations on all manner of heavy lift crane types and capacities, narrowing the options down to a specific crane model which would be best suited for the project. 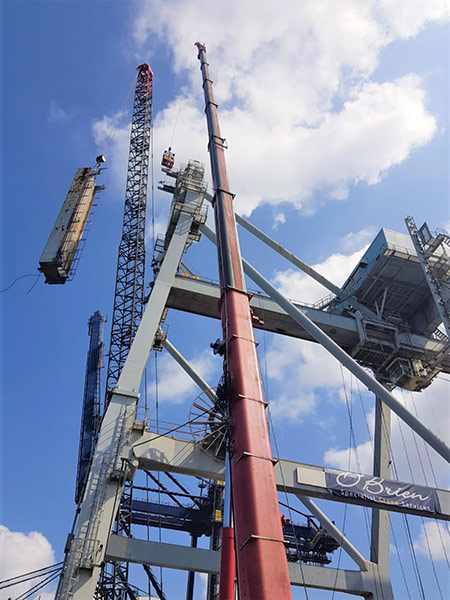 The heavy lift crane selected was a Liebherr LG1550 lattice-boom mobile crane. This was selected due to its outrigger configurations and minimal outrigger loads due to the lightweight lattice boom design. As the Liebherr LG1550 was not readily available within the local area, the specialist heavy lift crane was shipped to Tanzania from Europe to carry out the project.

Another key consideration of TICTS was disruption to terminal operations, which was to be kept to an absolute minimum. From the very start of the project the dismantling plan was designed to keep the working area as small as possible, with the works taking a shortest duration possible. Working with a local subcontractor, the O’Brien SCS team developed a logistics plan which would see works on the disposal project carried out 24 hours per day, with the dismantling operation taking place during the day and clearing of the demolition area taking place at night. The crane was removed in large sections to a remote location for further processing and recycling, this helped limit the duration the work area was required. In total the O’Brien SCS site team completed its works on the project within 5 working days per STS crane. 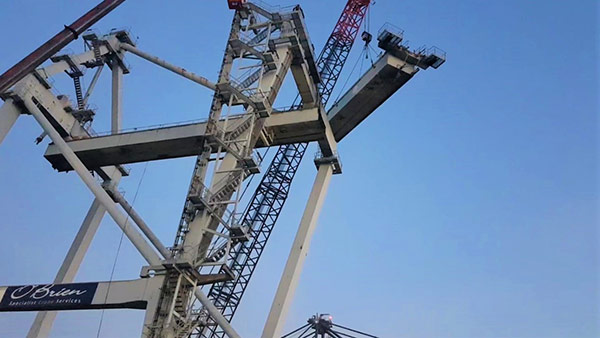 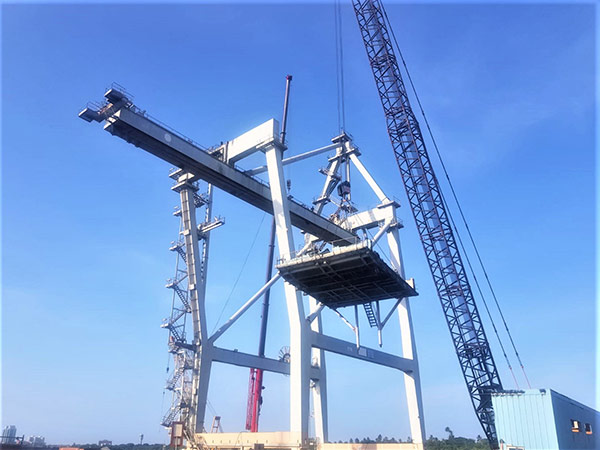 The project featured many risks including working at heights, objects falling from heights, operation of heavy plant, working in a live port, and working over/near water. However, the project was seamlessly completed to the total satisfaction of Hutchison Port and other key stakeholders, with zero health, safety or environmental incidents. 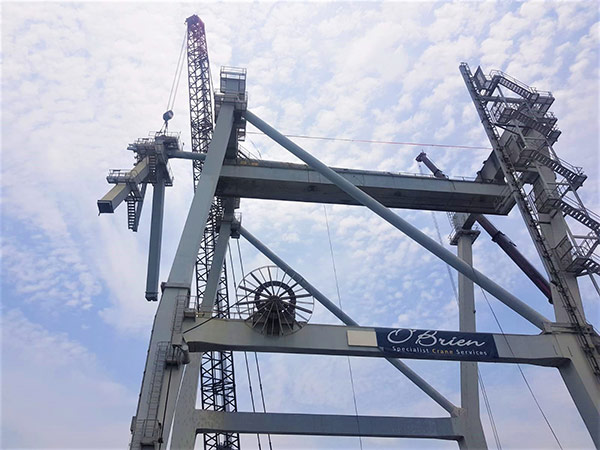 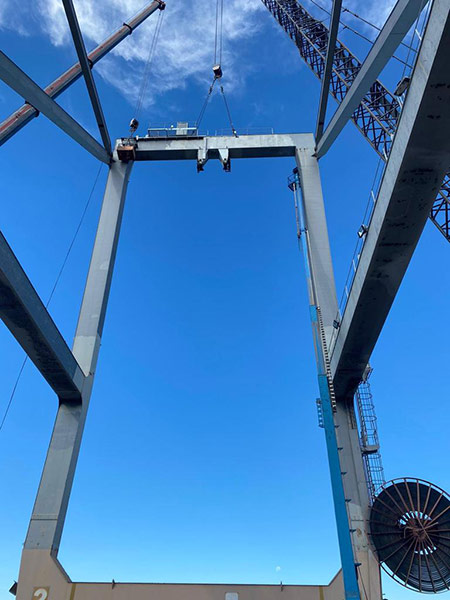 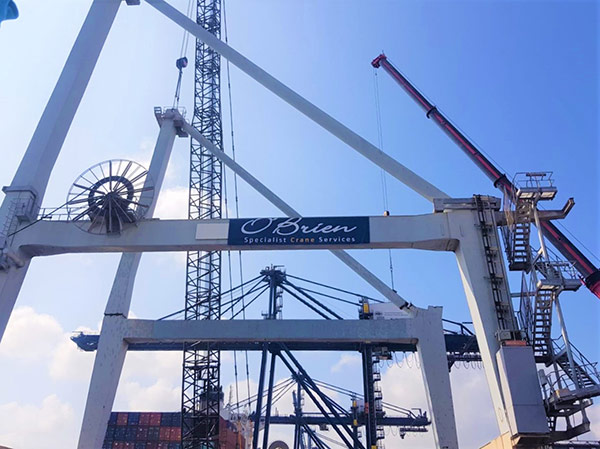 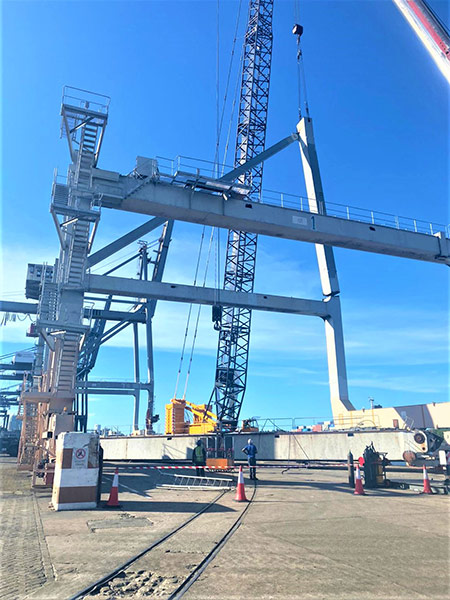