Piecemeal Dismantling of 3no. RTG cranes

Handling over 50% of all trade in the Republic of Ireland, located in the heart of Dublin City and at the hub of the national road and rail network, Dublin Port is a key strategic access point for the entire island of Ireland. Part of the container and terminal division of Irish Continental Group, Dublin Ferryport Terminals (DFT) operates the most modern container terminal at Dublin Port, with an annual throughput of approximately 400,000 TEU from a site of just 14.0 Hectares.

As throughput continues to grow year on year, DFT as the largest container terminal in Ireland, is constantly investing and adopting new technologies and processes to reach new levels of efficiency and suitability. Where it was once the exception, automation is fast becoming the norm in many container terminals around the world. Factors like tightening environmental regulations and increasing pressure to improve efficiency are leading many operators down the path of automation.

In order to continue its reign as the most modern container terminal within Ireland, DFT has heavily invested in the latest fully electric and automated AutoRTG yard cranes to further improve terminal safety and efficiency. This conscious shift to a more eco-efficient future had left many legacy manual diesel powered machines redundant, and in need of disposal.

After a tender process considering both local and overseas contactors, O’Brien Specialist Crane Services were appointed by DFT for the removal of three redundant RTG’s. Owing to the small foot print of the facility and the relatively high TEU throughput, DFT is a very densely congested terminal with every square meter utilised for container handling and storge. Therefore, work area for the disposal operation was at a premium.

A small area on the terminal boundary and adjacent to DFT’s offices was identified for the dismantling works, however this area was severely limited. The area was little over one meter wider than the RTG’s themselves, with only two cranes being able to fit in the dismantling area simultaneously. Moreover, there was no direct access for the third RTG to manoeuvre into the dismantling area without the need for unnecessarily relocating hundreds of containers, as a result the third RTG was to be dismantled within the live stacking area.

After concluding a detailed survey of both the cranes and the proposed dismantling location, the O’Brien SCS team set about developing a solution that would enable the efficient removal of the RTG’s in the given area. It became apparent very quickly that traditional methods such as a controlled collapse and piecemeal dismantling with multiple cranes was not going to be feasible, within such a small area, and would require an innovative solution. A controlled collapse method would require sufficient room to the side of the RTG’s, however to one side of the work area was the site boundary and the other was an operational stacking area with AutoRTG’s in operation. A traditional piecemeal dismantling of RTG’s used by other contractors, sees multiple mobile cranes being utilised to lift and support various components during the dismantling, this again was not possible as there was simply not sufficient room to rig multiple mobile cranes.

The solution developed by the O’Brien SCS engineers, was to effectively dismantle the RTG’s within their own footprint using a single mobile crane. Careful consideration was given when selecting the mobile crane as this was required to have sufficient lifting capacities to safely dismantle the RTG’s while being of the smallest possible size to ensure this would fit within the site constraints. 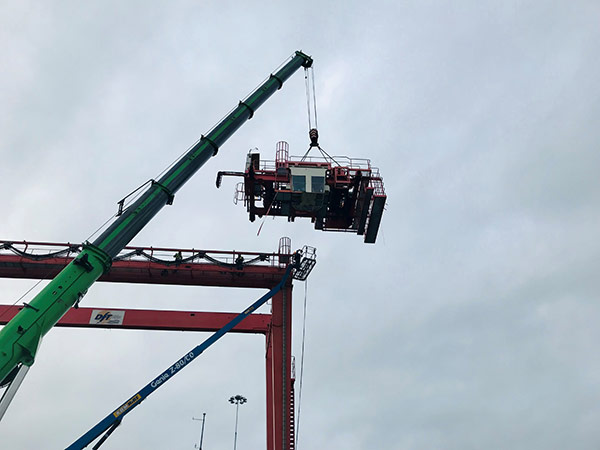 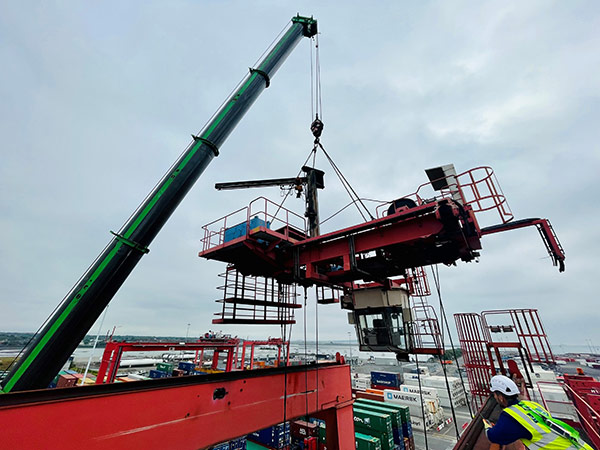 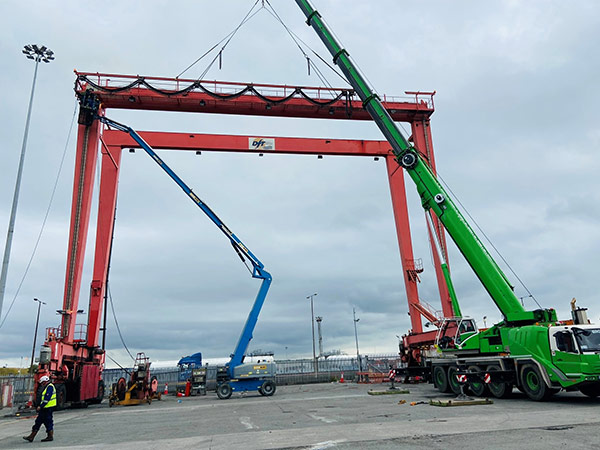 The next challenge faced by the engineers was to ensure stability of the RTG’s during the dismantling sequence. Following the removal of a number of components, the RTG structure would become none-self-supporting and would result in an uncontrolled collapse, this being the reason that other contractors use multiple mobile cranes to overcome this. As this was not possible for the O’Brien team, the engineers designed and installed a temporary bracing system which would independently support various components from ground level. This temporary bracing system ensured the stability of the structure would remain throughout. 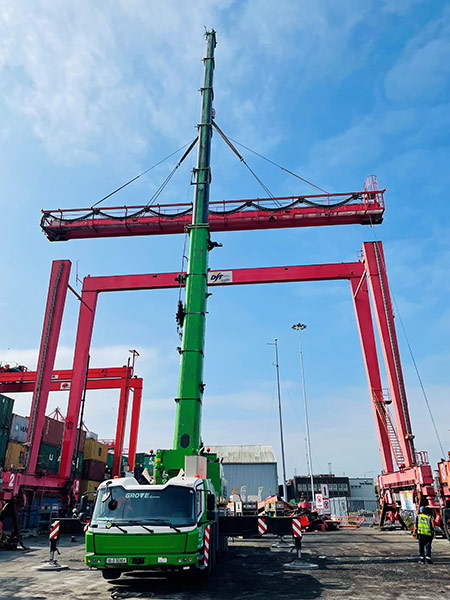 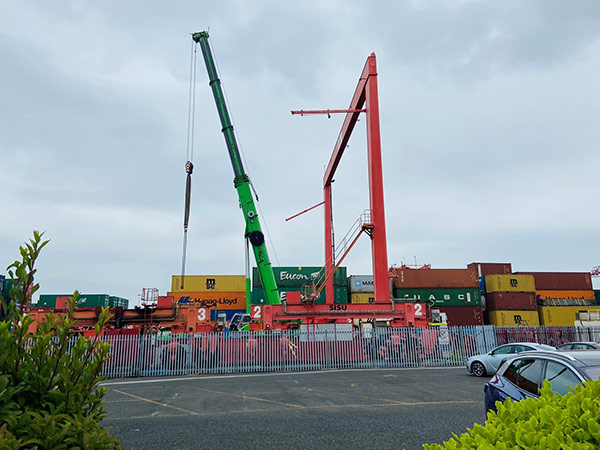 During the execution of the dismantling, close communication with terminal operations was established to ensure coordination between nearby functional AutoRTG’s, so that dismantling works could cease during adjacent container handling. In spite of the many challenges faced by the O’Brien SCS team, the dismantling of each RTG took only a single working day with zero disruption caused to DFT’s operations.

The project featured many risks including working at heights, objects falling from heights, operation of heavy plant, and working in a live port. However, the project was seamlessly completed to the total satisfaction of DFT and other key stakeholders, with zero health, safety or environmental incidents. 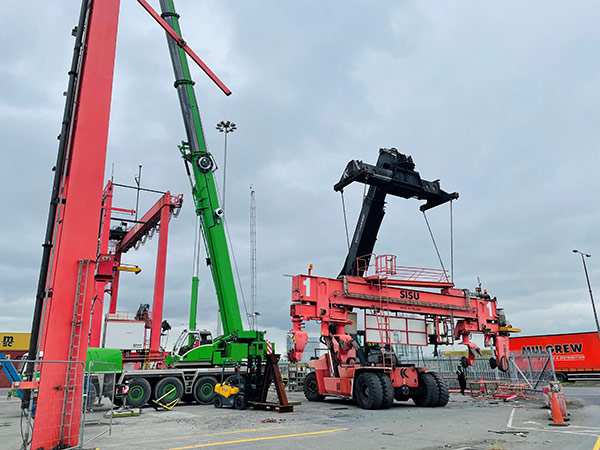