Port of Port of Spain, Trinidad and Tobago

The Port of Port of Spain (PPOS) is the cargo handling division of the Port Authority of Trinidad and Tobago. Located in a natural harbour on the sheltered north western coast of Trinidad, the Port of Port of Spain is ideally positioned to service the major sea lanes between the Americas, the islands of the Caribbean and the trading links between the Atlantic and Pacific Oceans via the Panama Canal. The local population rely heavily on the PPOS Container Terminal operations for the import of vital goods such as food and pharmaceuticals consumed on the island, this makes up a large proportion of the more than 594,363 TEU’s delivered to Trinidad annually.

Due to its strategic location as a trading post and its significance to the local supply chain, the Port Authority of Trinidad and Tobago continuously invests in the most up to date, state of the art equipment to ensure a reliable service to its customers. This ongoing development puts PPOS at the very forefront as a premier container terminal in the Caribbean. With the imminent delivery of a brand-new STS crane on the horizon, PPOS needed to dispose of its oldest STS crane, STS002, to make way for this arrival.

As a 100% government owned entity, PATT held a robust, stringent, and competitive tender process to procure the services of a specialist contractor to carry out the disposal operation. O’Brien Specialist Crane Services were the successfully tenderer, offering a superior technical and financial proposal which far exceeded all requirements of the evaluation criteria. 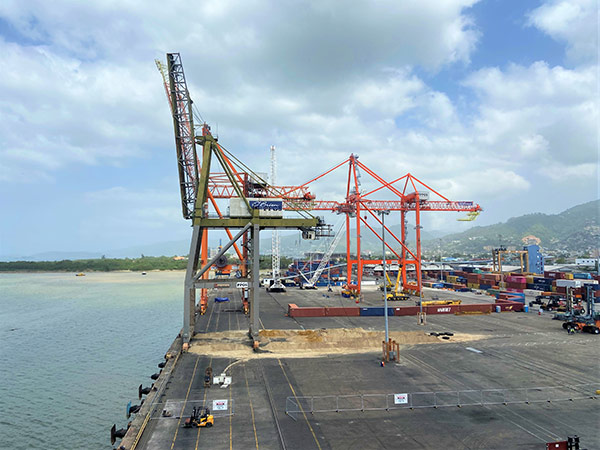 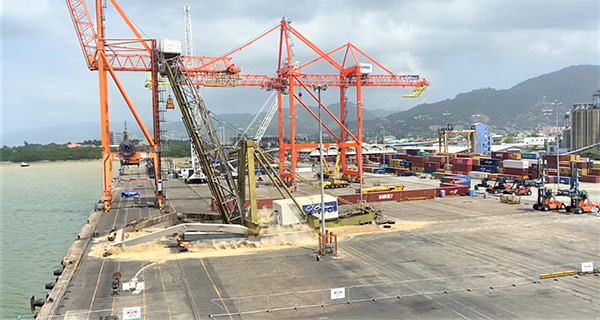 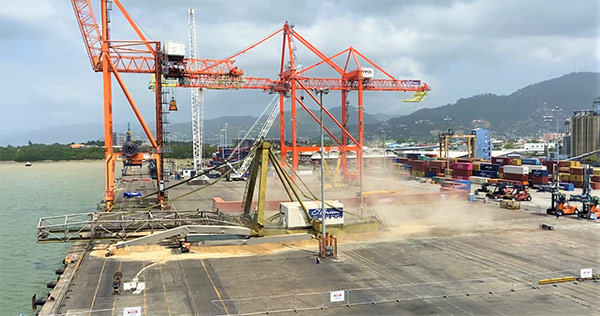 The O’Brien Specialist Crane Services proposal centred on the demolition method of controlled collapse which involves weakening the crane structure at specific locations to induce pin/hinge joint about which the structure can fold and collapse to the ground in a controlled manner. This method offers several key benefits to PATT. Crane STS002 was located between the ports newest and largest STS cranes, this meant during any disposal both of these cranes could not work the same vessel, which would lead to vessels being berthed for an extended duration. As the controlled collapse method takes a significantly shorter duration than more traditional methods, it caused only one day of disruption to port operations. To help further minimise the disruption, the day of the demolition was planned to take place on a Sunday when the terminal is at its least busy.

The prevention of damage during the demolition was of the utmost importance, with this in mind the PATT imposed a ground bearing limit of 5te/m2 in the demolition area. To meet this extremely low ground bearing restriction O’Brien Specialist Crane Services carried out various ground impact calculations and from these developed a quay deck protection mat which would absorb the impact of the controlled collapse of the 700te, 75-metre-tall structure. 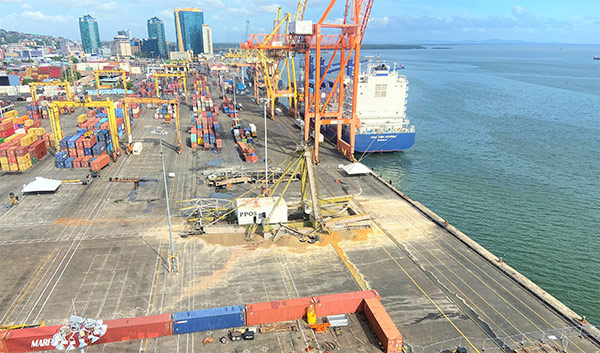 The project featured many risks including working at heights, objects falling from heights, operation of heavy plant, working in a live port, and working over/near water. However, the project was seamlessly completed to the total satisfaction of Port Authority of Trinidad & Tobago and other key stakeholders, with zero health, safety or environmental incidents.