Controlled Collapse of two STS and one RMG Cranes 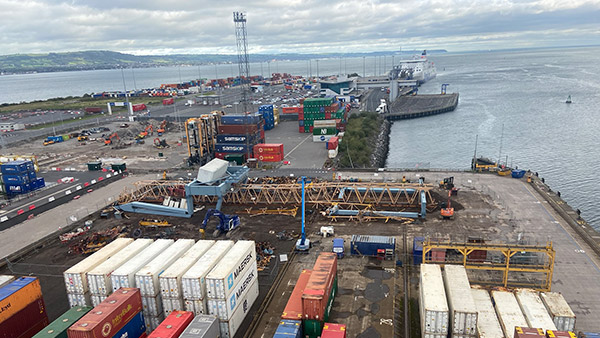 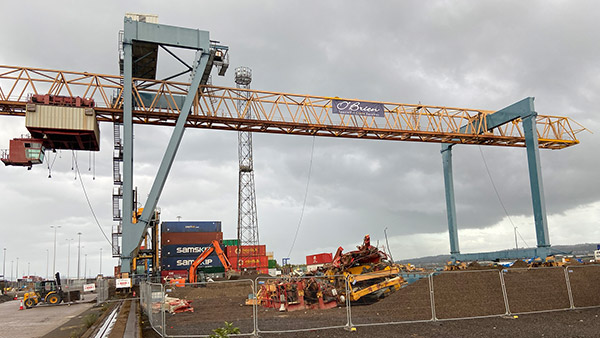 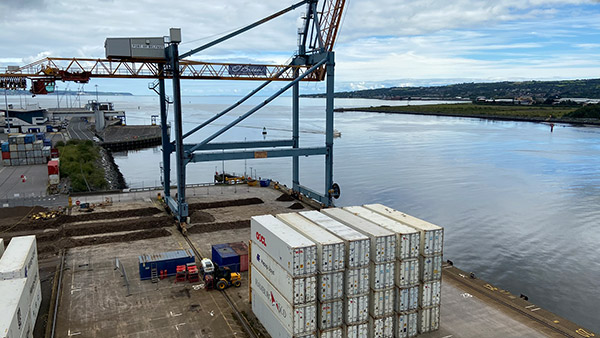 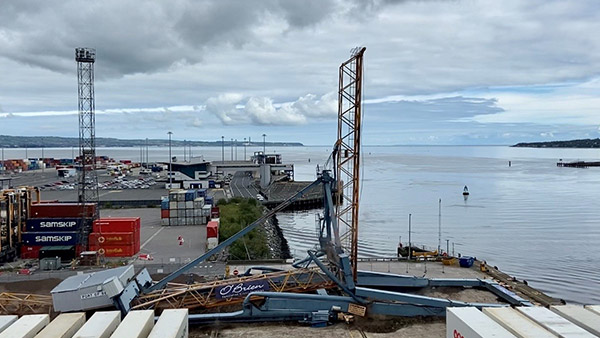 Belfast Harbour is Northern Ireland’s principal maritime gateway and logistics hub, serving the Northern Ireland economy and increasingly that of the Republic of Ireland. Around 70% of Northern Ireland’s and 20% of the entire island’s seaborne trade is handled at the Harbour each year. Its container terminal at Victoria Terminal 3 (VT3) connects Northern Ireland’s businesses to global markets through the European hub ports of Rotterdam and Antwerp.

Belfast Harbour recently launched its 2035 Strategic Outlook with plans to be the ‘Best Regional Port in the World’ and a ‘Smart Port’ by investing in new technology and enhancing capacity. The three-year investment programme will see Belfast Harbour invest £40m in ten new cranes and undertake major civil works to increase terminal capacity by around 30% and improve terminal efficiency.

O’Brien Specialist Crane Services were engaged by the Belfast Harbour Project management team and were set the challenge of developing a proposal for the safe and efficient disposal of the redundant cranes. The key project requirements were; 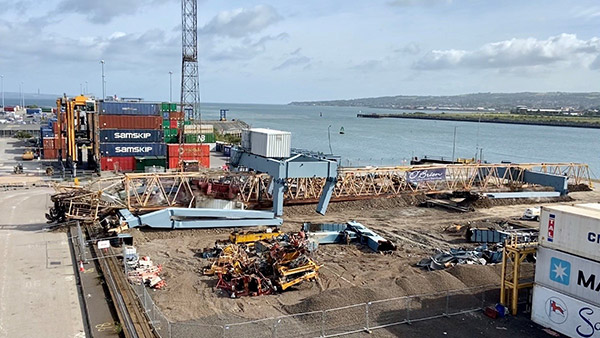 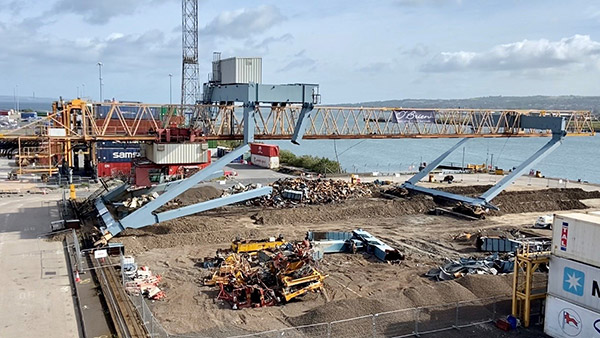 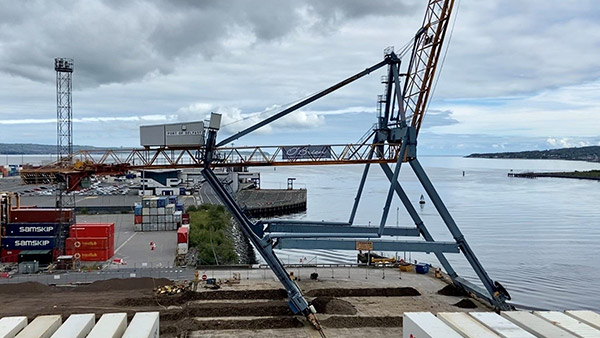 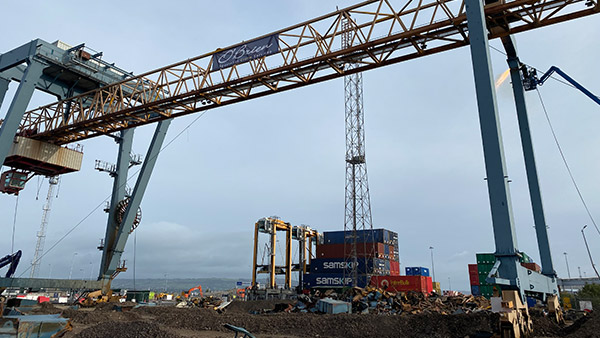 From the initial site survey it became evident that a traditional piecemeal dismantle operation would not be practical due to the terminal layout and traffic system which required all tug and truck movements from stacking area to quay to travel directly below the STS cranes to be removed. Closing this traffic route for an extended duration would have meant the suspension of all terminal operations for the duration of the works, which was simply not an option.

O’Brien Specialist Crane Services proposed a controlled collapse method, which centers on the creation of pin hinge points around the portal structure which allows the crane to fold down to ground level in a controlled manner. This method was selected as it would ensure that disruption to port operations were kept to an absolute minimum. The onsite works were planned in close coordination with the terminal operations department, together we identified a small window for the controlled collapse to take place during a lull in the intense port activity. The actual controlled collapse operation for each crane took only 5 hours meaning there no disruption was caused to traffic movements.

Due to the extremely low ground bearing capacity of the quay deck and given the fact that the structure was fully suspended, there were obvious and understandable concerns around the risk of damage to the quay structure during the controlled collapse. In house engineers from O’Brien Specialist Cranes Services carried out an individual ground impact assessment on each of the cranes taking into account the weight of the structure, height of the pin hinge points and fall path of the crane. From this the engineers were able to determine the rate of acceleration, fall velocity and impact force onto the quay deck.

From the ground impact assessments a bespoke sand quay deck protection plan was designed and implemented to absorb the energy of the impact allowing us to achieve the required ground bearing pressure restrictions of 45kN/m2. To further reassure all stakeholders our pre-weakening design, ground impact assessments and quay deck protection plan were all independently checked and verified by Royal HaskoningDHV.

O’Brien Specialist Crane Services successfully carried out the controlled collapse and subsequent scrap cutting and removal of all three cranes, which were designed and manufactured by Liebherr Container Cranes. The tallest of which stood at a height of almost 80 metres and had a total weight of around 600ton.

The project featured many risks including working at heights, operation of heavy plant, working in a live port, and working over/near water. However, the project was seamlessly completed, ahead of schedule to the total satisfaction of Belfast Harbour and other key stakeholders, with zero health, safety or environmental incidents and with no damage to the quay structure.